This is but one letter in the series of “unsolicited advice” I am writing. I did start the series with a letter to the leader of the largest opposition party.  You can read it at http://blog.deepakmisra.com/2016/12/dear-mr-gandhi.html . I don’t know if he did get around to reading it, but I do observe a certain maturity in him now and would like to think that my advice contributed to this change.

I thought that a letter to the head of the government would be the next one, but yours is an important institution and I am bumping up the priority of my  letter.

It is with a bit of trepidation that I write this letter.  You see, the laws regarding contempt of court are a big vague and I am not sure as to how frankly I can talk without invoking the majesty of your wrath. My legal advisers are my  family, one of whom is an advocate with a rich  experience of 6 months. The consensus like many of your judgments were split and the majority decision was “Why to get into this?". However I decided to persevere.

I did a cursory reading before starting this letter and if I see http://www.legalserviceindia.com/article/l255-Contempt-of-Court.html  along with other reading I might be on the right side of the law. If by chance I don’t, an unqualified apology from me right away. My intent is not to lower the  dignity of the court , scandalize it or obstruct the delivery of justice , but view my  advice more of what would be called constructive criticism.  As a citizen of the “world’s largest democracy”  my unease of the developments happening around our democratic institutions have been increasing day by day in an increasing order of magnitude.

Most articles of this nature are written as “articles” addressing the population at large and referring to everyone in third person, but I find this a bit constraining and think that writing as if addressing you directly makes my points a bit direct.

Now I don’t know a good place to start.
Maybe looking at a photo of Mr. B R Ambedkar might be a good starting point since his image adorns the walls of every institution and probably is framed behind your desks. 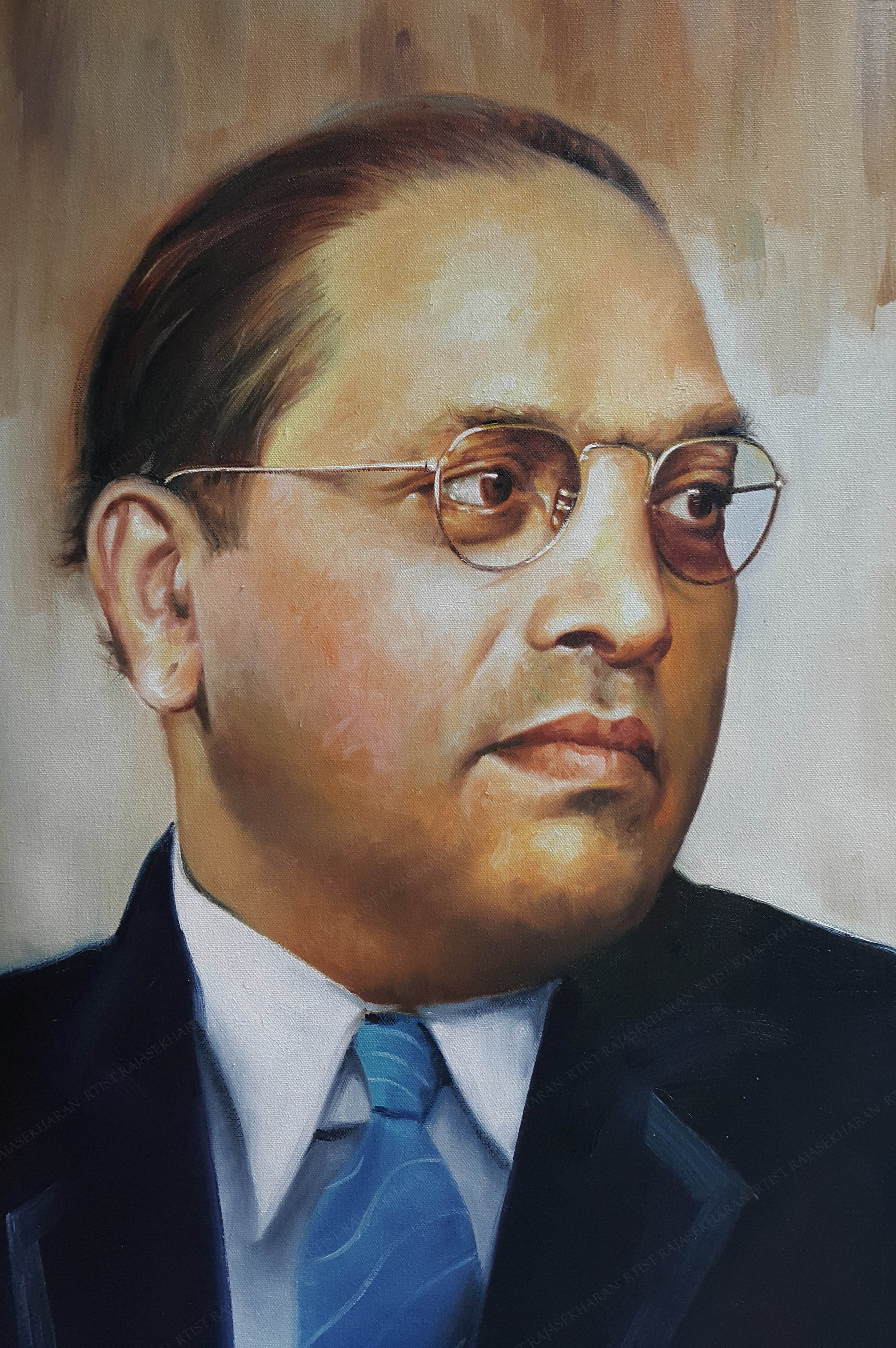 This great Indian was the chief architect   behind the formation of our republic’s guiding principles in the form of a constitution. For agnostics like me, this document replaces a holy book.
One of the guiding principles of this “holy book” was the defining of organs of the republic. There is some scope for discussion on which is supreme, the people or the constitution. I think it is safe to say that the will of the people is supreme provided  it does not contradict the core values of what we as a nation decided so many decades back. Our constitutional creators were great people and in my opinion reasonably ahead of their time. I do wish that they had framed their output in somewhat simpler language which would enable laymen such as myself to understand the broader and subtle nuances of the law.
Let us take a quick look at what the framers of the constitution had envisaged as a main role of judicial organ which is one of the pillars of our democracy. I am sure that Dr. Ambedkar, as he spent late nights and numerous meetings,  had never thought  that the highest court of the land and final dispenser of justice would be spending time among other things on:

- How cricket should be administered in India.
- How many injections TB patients need to take.
- What should be the engine size of vehicles in one specific city.
- Whether jokes against a certain community should be banned. I can just imagine the dignified face of Dr Ambedkar were he alive and listening to this case.

If I continue in this vein, I would be spending a substantial amount of my time and yours if you happen to read this letter. This would dilute the overall focus of what I am trying to say , so let’s leave it at that.

I do think that the founding fathers had envisaged that a constitutional court and high courts would spend their time adjudicating on matters relating to the constitution and ensuring that the fundamental rights of citizens remain, as per their definition, fundamental. There has been an increasing attack on one of the fundamental rights, the freedom of expression. The attack has unfortunately been originating from all directions including your courts. As per my layman’s understanding, a judge steps in when there is a dispute and adjudges this dispute bases the reasoning on existing laws. I don’t think the framers of the constitution had envisaged a situation where the judiciary would step into deciding on laws, depending on what is good for the country, getting into policy and reforming the country.

While I do appreciate your noble intent of reforming the country, a good place to start is always at home.  What are the matters closer to your  home?

Let us face it that the delivery of justice in this country has miserably failed.  I looked at some old data and find that 66% of the prisoners in the countries jails are undertrials out of which more than  40% remain in jail  for 6 month before getting bail. I thought that is no authoritative substantive data to support my assertion that most of these people would be illiterate and won’t know how to spell constitution.  However I see https://timesofindia.indiatimes.com/india/Heres-proof-that-poor-get-gallows-rich-mostly-escape/articleshow/48151696.cms and if the data is assume to be accurate.

To quote the article:

A first of its kind study, which has analyzed data from interviews with 373 death row convicts over a 15-year period, has found three-fourths of those given the death penalty belonged to backward classes, religious minorities and 75% were from economically weaker sections.

The reason why the poor, Dalits and those from the backward castes get a rougher treatment from our courts is more often than not their inability to find a competent lawyer to contest their conviction. As many as 93.5% of those sentenced to death for terror offences are Dalits or religious minorities.

The other point is  the delayed justice system.
Let us take 2 extreme cases:
* Rudal Shah, arrested in 1953, remained in Bihar’s Muzaffarpur jail for 30 years despite being acquitted in 1968.
* Boka Thakur, arrested at age 16, was jailed and detained without trial for 36 years in Bihar’s Madhubani jail.

These maybe  isolated cases ,  but are in my opinion an indicator of the systematic rot that remains in our countries justice system.  I do vividly remember the L N Mishra case  since I had started the daily reading of newspapers around the time of his assassination.

http://www.rediff.com/news/report/seven-things-you-should-know-about-the-40-year-long-l-n-mishra-case/20141208.htm   informs me that 4 people were convicted of his murder 40 years after the assassination. One of  the accused who is now 67 years old had 31 of his 37 witnesses die during the trial. A more religious person than me would say that the almighty is the final dispenser of justice but then, the nation’s founders wisely decided to keep the almighty out of the justice system.

Now a country’s progress to a large extent can be measured by the  value it puts on its values and it is envisaged that the highest court in the country is the final succor for the ordinary citizen.  His  rights are protected by the constitution which again is the book which you swore your allegiance to ,when you took your oath of office. The right to speedy justice is a very important right explicit or implicit. The supreme web site informs me that the pending cases in the court as on -1-Nov-2017 was 55259. With this backlog, do you really think deciding on how cricket is to be governed in India is a priority?

http://www.hindustantimes.com/india-news/24-high-courts-short-of-43-65-judges-have-40-54-lakh-pending-cases/story-rY3IH9e760SfheEzKI38JJ.html informs that there are approx.. 54 Lakh pending before various high courts. While is it is easy to blame the shortage of judges as the primary reason , I would strongly differ with the proponents of this assertion.  Let me humbly ask, with these statistics, does it really seem correct for courts to  have summer, winter, Diwali vacations?  Just think of the state of the nation if any other organ had these type of vacations.

Let us switch tracks a bit and come to my duties as a citizen of this country. As a dutiful citizen I try my best to go and vote every election. For better or worse , by this process we have someone who represents the will of a majority of the  people and hopefully will do his best to ensure that this will get translated into some action within the framework by which he was elected. For example, if he feels that liquor is against the interests of the people he will work to see that availability of liquor is restricted. He has a certain accountability for his actions since he knows that the next election is the acid test whether he was faithful to his constituent or not. Okay I admit that I have gone into a very idealistic mode  and real life is far removed from this idealistic scenario that I painted.  What I am thinking about belongs in a text book and I could be justifiably accused of hallucinatory tendencies with this essay,  but let us assume that we are in a text book mode.

Your institution has been making gradual inroads into areas outside your jurisdiction and this is reaching an alarming state. You see, you are getting into areas your don’t have expertize on nor do you have the authority or accountability to see your actions being actually implemented. The vast long term damage your actions are causing cannot be understated.

All this writing maybe a bit heavy to assimilate, so let me stop at this point and plan on a part 2.
Posted by Deepak Misra at 9:19 AM 1 comment: